We don’t usually go to Algonquin Park in June, due to heat and bugs — both of which are too much for us to bear. But we had some business to attend to up north so naturally we made a trip out of it. We ended up seeing a whopping 23 moose! The key to our moose success was getting up at 2:30am to drive through highway 60 just as dawn was coming up. 5:30-7:30am is the perfect moosing hour. 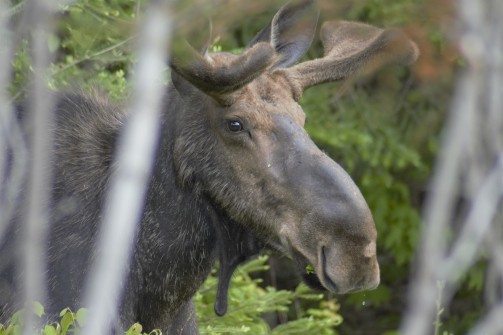 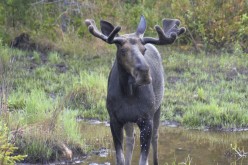 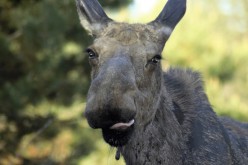 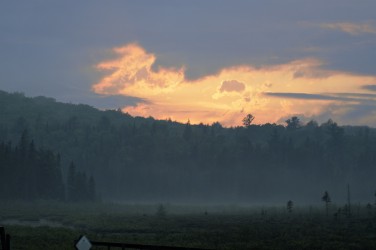 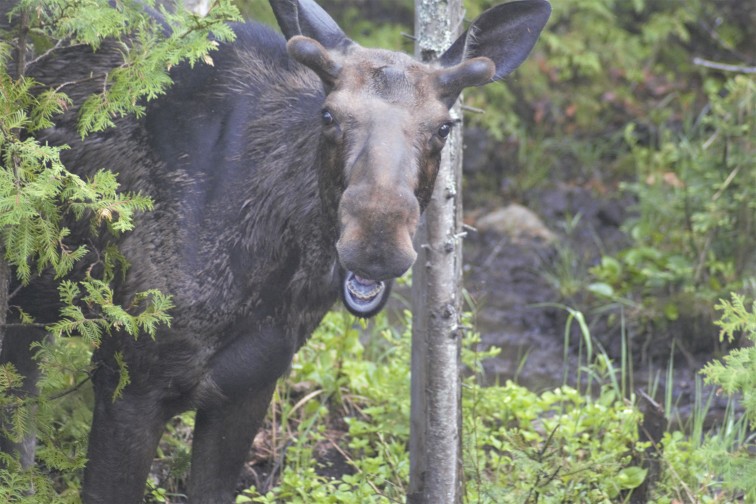 If you like post-rock, ambient, or relaxing-music-with-feels, you might enjoy this track I created. I use Studio One and layer up royalty-free loops. It is surprisingly easy and rewarding — I highly recommend that you give it a try! You’ll be amazed at what you can achieve!

This is a song I created with royalty-free loops in Studio One, with vocal clips by me.

Lately I have been working on my purpose in life by examining my true nature — which is being someone who sees the world in soul terms. I believe in the power of the imagination and that the physical world — the world beyond the Self — is the unknown, the esoteric Otherness. In keeping with this idea I created a song called “Otherworldly”, with vocals and lyrics by me.

I am also interested in a new therapeutic approach to anxiety and the emptiness of depression. It seeks to honour our power to create experiences and learn about ourselves — the only thing we can truly know.

Through our imagination we can “build out of nothing” like the gods.

Once upon a time, a fair was being held in the middle of a deep forest, and folk from across the known world were travelling to gather there. Though they came from all directions, there was but one way in, the Bridge of Gathering, for the fairgrounds were surrounded by a vast moat.

One lass, walking alone from her home in the North, paused by a fallen willow tree to take some refreshment as the day grew hot. She was peering at the tree’s gnarled roots and broken trunk when suddenly she heard a faint voice cry out, “I’m stuck!” The lass leapt to her feet and instinctively began to shove away the debris of branches, in hopes of rescuing the poor soul trapped beneath the willow tree.

Meanwhile, a merchant driving a wagon filled with his best wares approached from a town in the South. He’d been swept up in awe, marveling at the height of the trees, as such great trees did not grow near his village. He too heard the voice cry out. Instantly, he dove into the back of the wagon to find the longest ladder he had, to save the poor soul who had climbed too far into the canopy and couldn’t find their way down.

At the same moment, a studious lad approached from a school in the West, his face nearly masked by the book he held up to his weak eyes. When he heard the faint voice cry out, he dropped the book and squinted, but he could only see as far as the pond that ran beside his path. His heart pounding, he stripped off his shirt to use as a makeshift rope, hoping it was long enough to reach the poor soul who was drowning.

Near the scene, there was also an old woman hobbling forward with stubborn determination. She had come alone from her hut far in the East, where she was known for her wisdom in healing ailments and infirmities of the body. She too heard the voice, and paused to look around,  uncertain of where the voice had come from.

Then she called out, quite sternly,  “Speak up, ye! I can’t be of service if I don’t know what the trouble is.”

And a strained voice replied, “Some lard will do, please and thank you! I got meself caught in this old fence, see! Just past the tree line, here! Look for me red hat as I’m a-waving it right at you! ‘Twas supposed to be a shortcut but I’ve been here an hour now, with me foot stuck between these logs. I reckon a bit of grease will do the trick!”

So the old woman reached into the pouch on her belt and took from it a small ration of butter wrapped in paper. She could see the man waving his hat, deep in the thick of brambles and ancient ruins some distance off her path. Grumbling at her sore old bones, she picked up her skirts and made her way over to the man, who could only wave his hat with greater zeal as he waited for her.

“Now then, ye better have learned something from this,” the old woman said, but not without a hint of a smile as she crouched by his trapped foot.

“Aye, that I did,” he replied. “There are three other folk I can see in these woods, but they paid me no mind. Full of themselves, they are! Not another decent soul round here, other than you!”

The old woman glanced at the other travelers and shook her head. “Oh, their souls aren’t the trouble. They’re trying to help you as we speak.”

“The hell they are, pardon me!” the man exclaimed, pointing at the merchant halfway up a tree, the lass covered in dirt and leaves, and the student preparing to jump into a pond.

The old woman gave the man’s buttered boot a tug, and out it came, so fast the man nearly toppled over.

“Troubling trouble, that is,” the man murmured in amazement.

“Indeed, I’ve found no cure for that,” she said gravely. “Now, be at my service — a man like ye can help an elder on her journey. Take my arm, but mind, I don’t walk fast.”

“I’ll bring you cross the Bridge of Gathering like me own sweetheart,” the man promised.

And so they walked, soon trading tales and jokes that betrayed gentle affection, without a word to anyone else travelling the forest.

Her body is a palimpsest, inscribed
in moon-skin more prized
than the finest vellum,
a folio bearing gravitas on its own,
the way that sacred texts allude
to thoughts deeper than their words.
Hers tell war songs that could move
even gods and kings to envy, requiring
no bard nor translation,
for the language of scars endures
as the single, universal and inherent
mother tongue
transcending borders, cultures, and eras.
And every babe is first embellished
by the cutting of the cord, a mark
that remains for life. What follows,
every epithet or anecdote
or anguished soliloquy, is laid down
with a flourish or some hyperbole,
in a story that cannot be silenced,
in a book that cannot be burned,
in a tale that tells itself.

When I create a song, it usually means something personal to me. This track is about moments of dissociation and out of body experiences — not the kind self-generated by spiritual practice, but brought about by extreme circumstances. There is a suspenseful tension I tried to create in the music to signal this, with the idea that terror and ecstatic states share a similar thread.

“Desbreath” is a portmanteau of breath and desperate. I created this song with royalty free loops in Studio One. 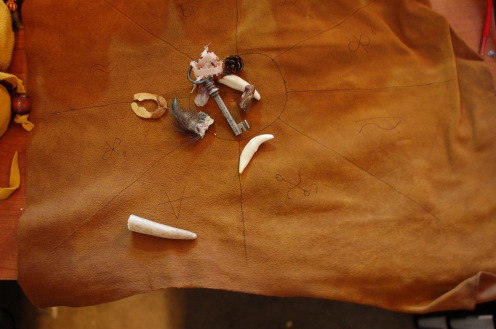 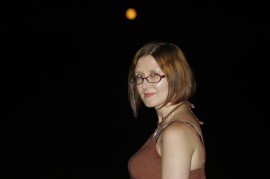 me and the moon 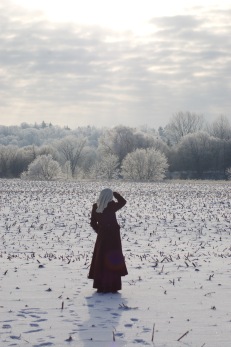